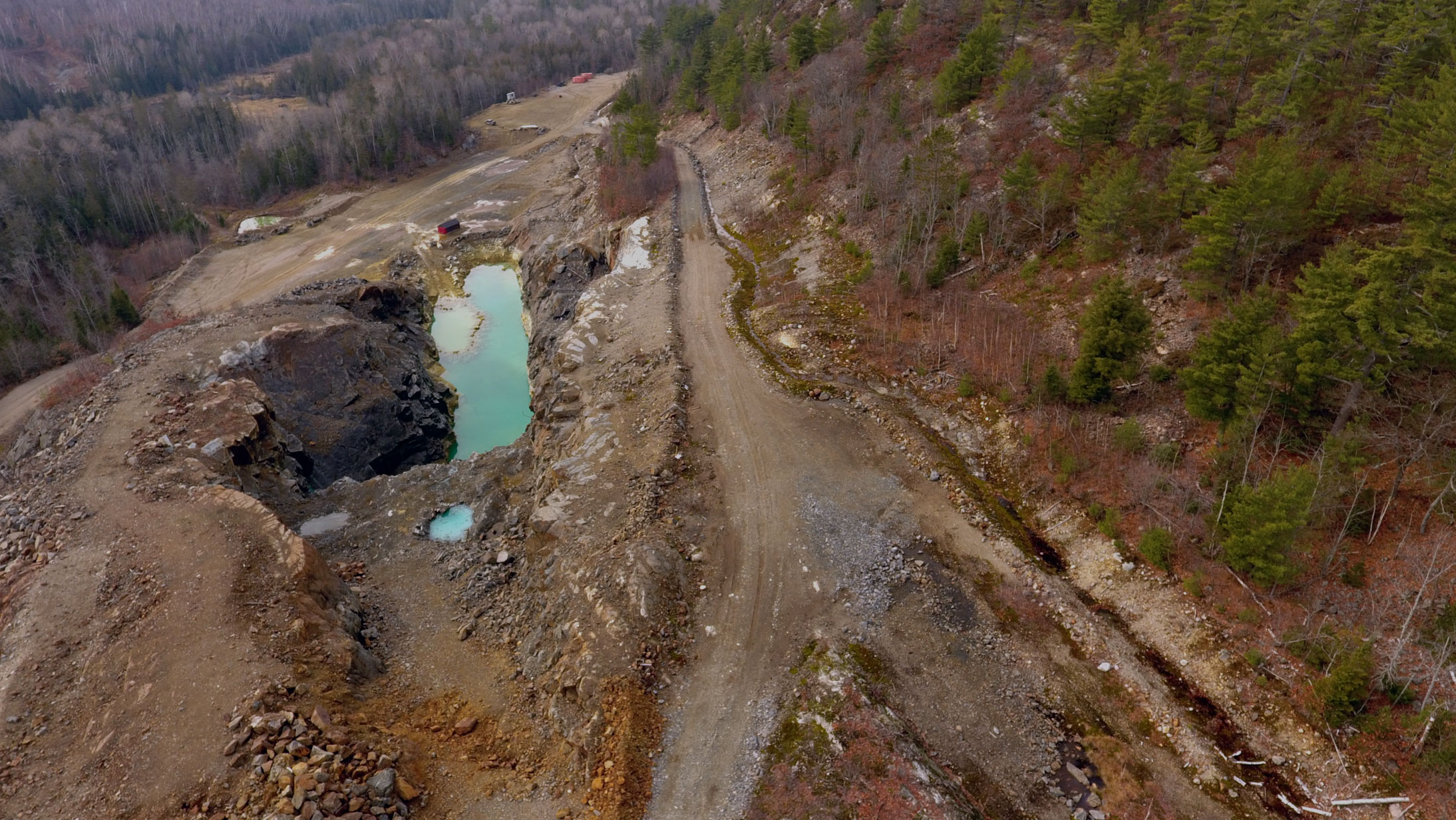 Posted at 08:15h in News Release by admin

MAGMATIC SULFIDE MINERALIZATION IDENTIFIED IN THE FOOTWALL OF THE SHAKESPEARE DEPOSIT AT BIRD’S BANE: ASSAYS HIGHLIGHT THE POTENTIAL FOR A NEW MINERAL ZONE BENEATH THE FOOTWALL MEGABRECCIA UNIT

The new results are from a trenching program carried out as follow up to an anomalous surface sample 355561 which carried 0.04% Ni, 0.32% Cu, 0.62 gpt Pt, & 1.24 gpt Pd. Channel samples were taken from a >5m wide mineralized zone but early snowfall prevented additional follow-up in 2019.

The footwall rocks of the Deposit comprise a megabreccia of >1m diameter blocks of unmineralized Nipissing Gabbro within a matrix of melanocratic gabbro containing magmatic Ni-Cu-Co-PGE sulfide mineralization. The Bird’s Bane trench is situated to the south of this unit in the footwall of the Deposit, and the assays record a style of mineralization with slightly higher Pd/Pt than the Deposit. Minimal exploration has been completed in the footwall of the Shakespeare Deposit, but a combination of geological and geophysical observations indicate potential for the discovery of mineralization in dense mafic rocks that correlate with a gravity feature.

A further >5m long zone of mineralized gabbro which has uncertain relationship to Bird’s Bane may be within the footwall megabbrecia. Grab samples confirm the presence of anomalous Cu (0.2-0.4%) and TPM (0.16-0.48gpt).

Figure 1 Top: plan map showing Bouguer gravity response and location of the section and sample distribution on surface. Bottom: Cross section of the Bird’s Bane trench in relation to East Deposit and the locus of the gravity anomaly.

The Bird’s Bane mineralization and associated trench samples provide important evidence that the footwall of the Shakespeare Intrusion is very prospective for the discovery of new zones of magmatic sulfide mineralization. Re- interpretation of data from the footwall of the Deposit shows strong evidence for the development of mineralization beneath the previously recognized intrusion, not only at surface, but in drill cores that penetrate into the footwall beneath the west and east mineral zones. The possibility of a significant body of mafic rock with mineralization in the footwall is supported by lithogeochemical data which indicate that the gabbros from the footwall of the Shakespeare Intrusion are unusually mafic and Cr-rich which is a feature of the deposit. Immediately to the south, interpretation of a regional airborne gravity data has identified an anomaly which is likely due to dense mafic rocks that are not mapped at surface.

The work at Brid’s Bane offers potential to grow the scale of mineralization towards surface in the east deposit, and also develop new shallow targets in the footwall. The potential for higher grade mineralization at depth in association with the gravity feature will be evaluated with surface electromagnetic survey work in 2020.

Peter Lightfoot, Vice-President of Exploration at Magna Mining Corporation stated: “The new data gathered from the footwall of the Shakespeare Deposit encourage careful exploration beneath the western and eastern Deposits. The elevated Ni, Cu, Co and precious metal tenors of the sulfides (i.e. metal abundances in 100% sulfide) require only a small increase in the amount of sulfide in the rock to generate significant grades that can impact the mine development plan”.

About Shakespeare Mine Project

The Shakespeare Mine Project is a past producing Ni-Cu-Co-Pd-Pt-Au open pit mine which declared commercial production in 2010 and continued to produce through toll milling until February 2012. Currently it is on care & maintenance. It has all the major permits to construct a 4500 tpd open pit mine, processing plant and tailings storage facility. The 2019 NI 43-101 compliant global resource is 21.4 M tonnes (Indicated & Inferred).

The Shakespeare Property Is located 70km west of Sudbury, Ontario, and is 100% owned by Magna Mining (see www.magnamining.com for details).

Magna Mining is a private company, primarily focused on the acquisition, exploration and development of advanced andhighlyprospectivepolymetallic(Ni-Cu-PGM)depositsintheSudburyRegionofOntario,Canada. TheCompany’s flagship asset is the past producing Shakespeare Mine which has all major permits for the construction of a 4500 tpd open pit mine, processing plant and tailings storage facility.

The foregoing scientific and technical disclosure has been approved by Peter C. Lightfoot (Ph.D., P.Geo.), a Qualified Person (“QP”) as defined by National Instrument 43-101. Dr. Lightfoot is the Vice-President of Exploration at Magna Mining and the QP for the Shakespeare Mine Project.