The Shakespeare Project is a past producing Ni-Cu-PGM project located 70km south west of Sudbury. The project is easily accessible by road from the nearby Trans Canada highway, and more importantly has a strategically important location within trucking distance of milling and smelting capacity in Sudbury.

Shakespeare has an existing NI 43-101 resource, major permits for both the construction of a 4,500 tpd mill and the recommencement of open pit mining, and a surrounding 180km² land package that is highly prospective for further nickel, copper and PGM discoveries. 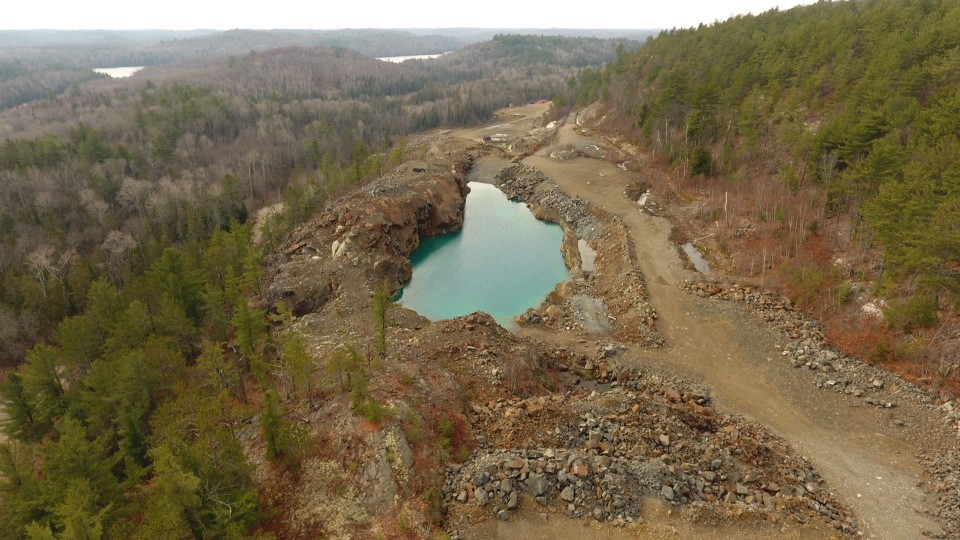 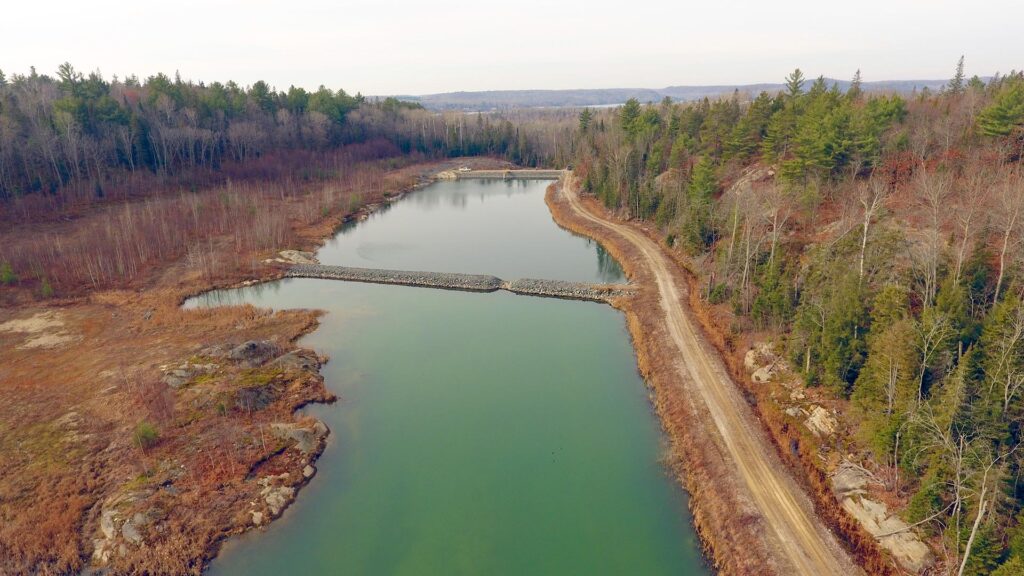 Existing sedimentation pond at the Shakespeare mine site, 2020 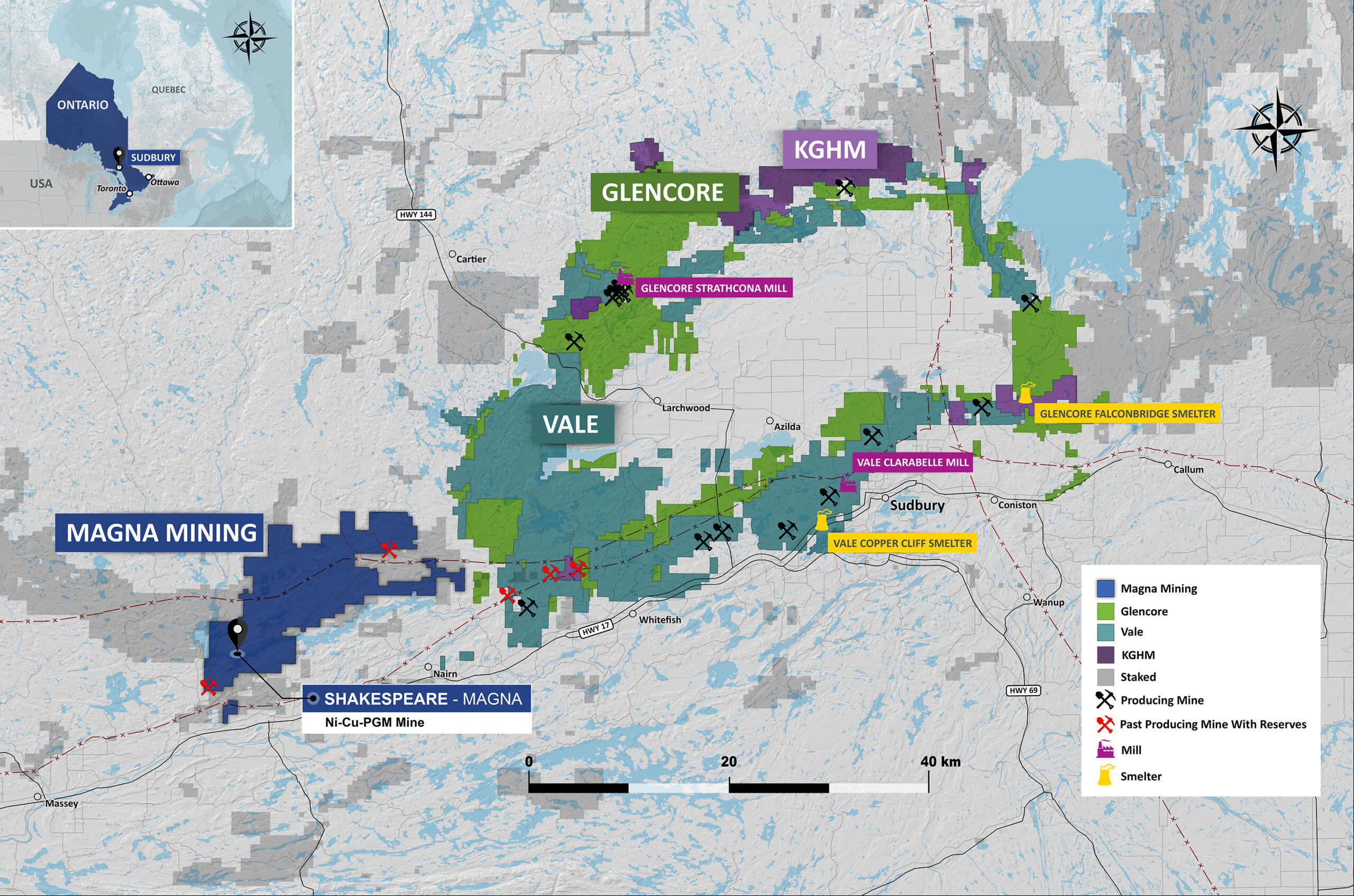 The proximity to Sudbury itself also represents a significant opportunity to fast track the project back into production again, given that significant milling and smelting capacity remain within trucking distance of the project. 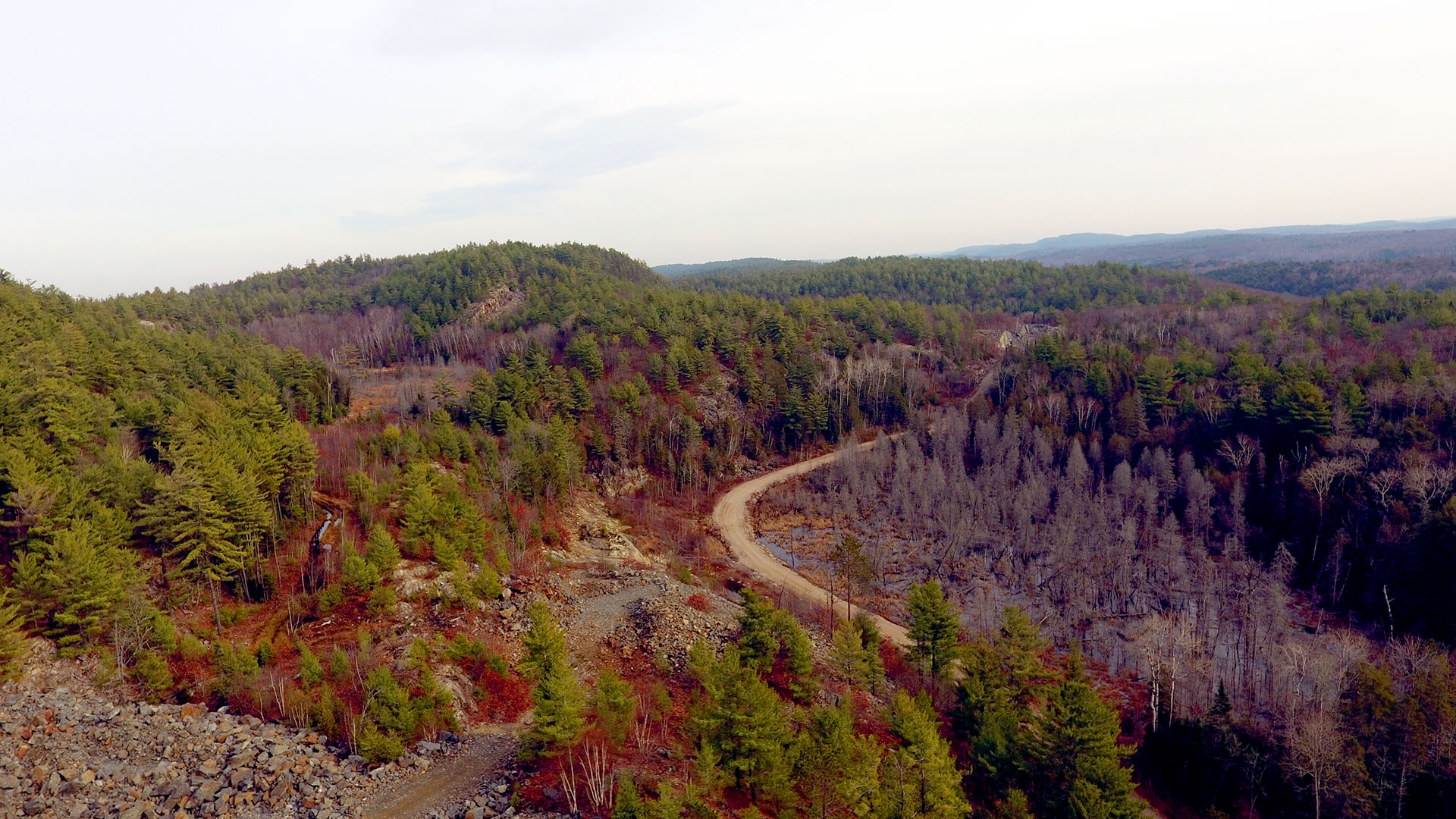 The Shakespeare Deposit is located south of the boundary of the Superior Province and the Southern Provinces. The former is largely composed of Archean-aged granitoids and gneisses that have been intruded by the Early Proterozoic East Bull Lake and Agnew Lake Intrusions. The Early Proterozoic Southern Province is largely composed of metavolcanic rocks and sedimentary rocks of the HuronianSupergroup. All of these rocks have been cut by Nipissing Diabase, Sudbury Breccia, and the Olivine Diabase dyke swarm.

Geology of the Shakespeare Deposit

Rocks at the Shakespeare Intrusion have historically been broken-out into two units. The Lower Unit, is largely composed of mineralized melagabbrowhich are often massive, variable-textured, pegmatoidal, and/or brecciated. The lower unit has a complex relationship with the Upper Unit which consists dominantly of quartz diorites in contact with the overlying quartzite. Below the melagabbrois a complex 10-50m wide megabreccia comprising 0.5-10m diameter blocks of Nipissing Gabbro separated by a magmatic stockwork of mineralized melagabbroof the type present in the Shakespeare Intrusion. The intrusion has a pipe-like shape with bladed flanks, and belongs to a group of intrusion morphologies that contain nickel sulfide mineralization.

The total strike length of the mineral zone in the Shakespeare Intrusion is approximately 1,700m and it extends from surface to a depth of 550m. Currently the deposit is not closed-off by drilling in any direction, and the extent of exploration in the footwall where the megabreccias are developed is minimal. 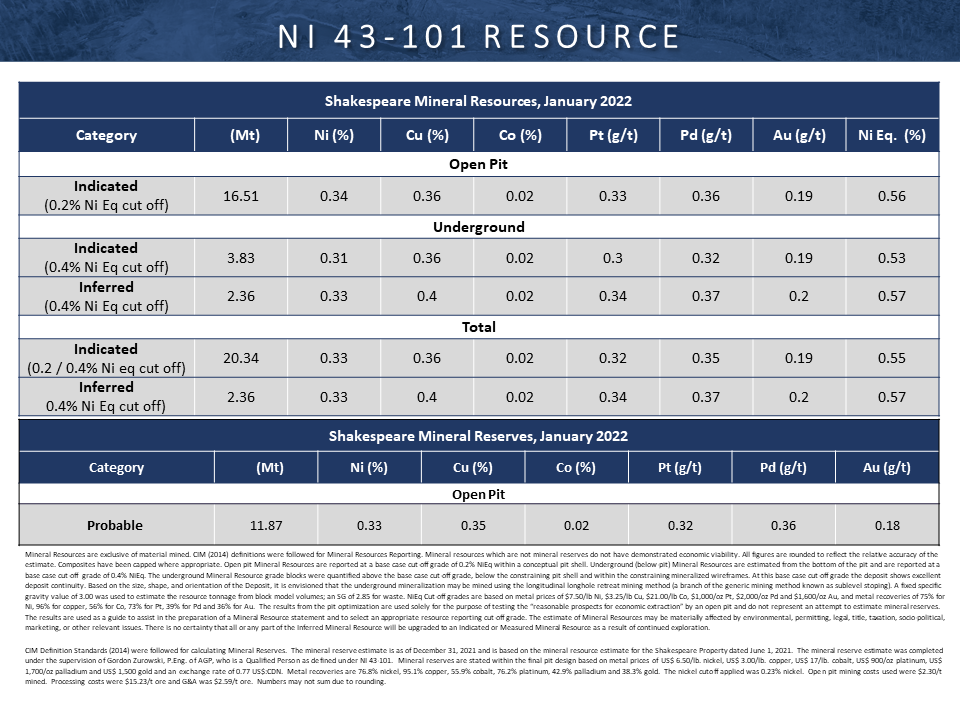