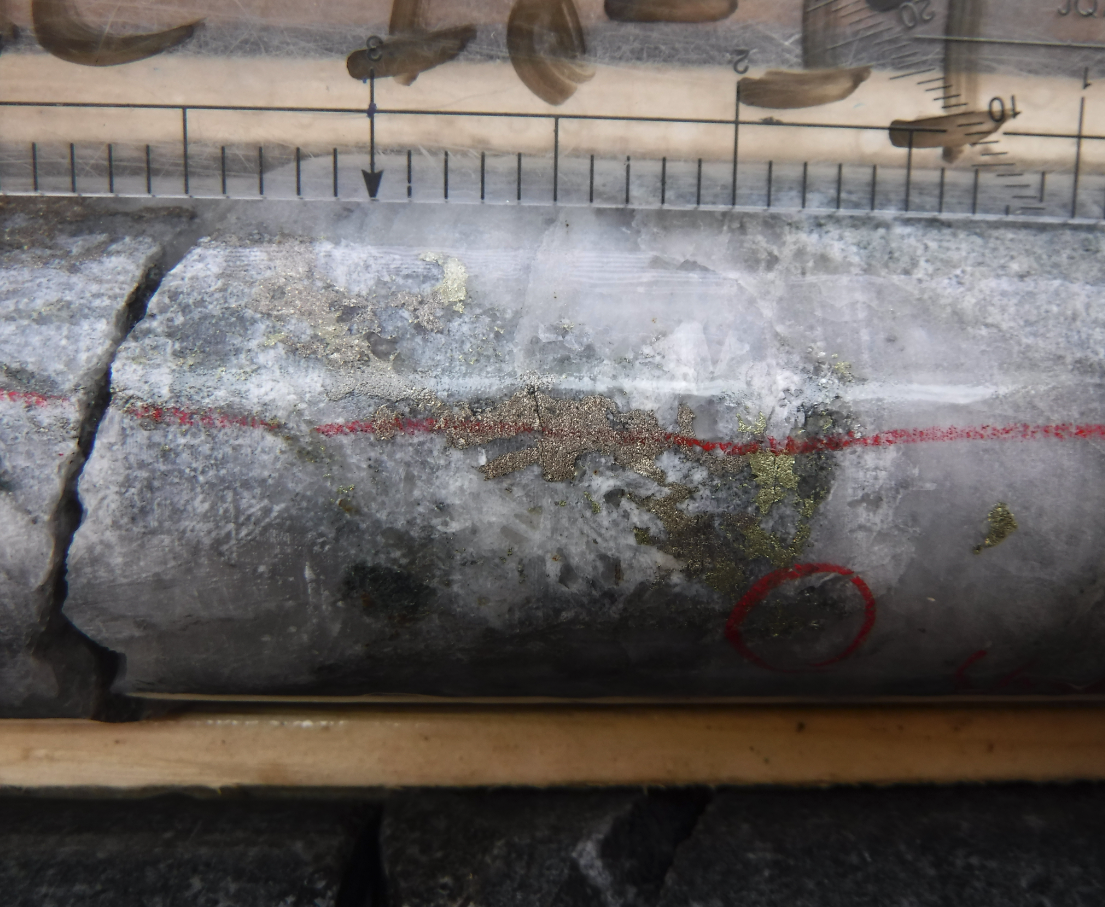 Posted at 08:45h in News Release by admin

Sudbury, Ontario, June 22, 2018, Magna Mining Corporation (“Magna Mining” or the “Company”), is pleased to release the following summary of assay results from a surface sampling program completed in May 2018 on the company’s newly acquired Milton prospect, located within Baldwin Township, 70km west of Sudbury, Ontario. This prospect is situated ~3km south of the Company’s 100% owned Shakespeare property, which covers the historic Shakespeare Ni-Cu-Co-PGE mine (see www.magnamining.com for details).

• Eight samples from the Milton prospect returned copper vales exceeding 1.5% Cu, with associated anomalous gold and silver values of up to 1.06 g/t Au and 27 g/t Ag and cobalt values up to 0.14% Co (table 1).

The Milton Property is covered by a historic VTEM survey which has been re-interpreted. A number of conductive plates have been identified, and initial follow-up has focussed on known near-surface mineral zones on the Milton North and Milton South prospects. At Milton North, the near-surface manifestation hosted in a sheared mafic volcanic rock that has been trenched and drilled with shallow holes. Historic drill results from the Milton North structure returned assays up to 7.3% Cu and 0.48 g/t Au, in addition to anomalous PGM values over a 0.63m interval, hosted in quartz veins within a brecciated, chloritized mafic volcanic unit (Romios Gold Resources Inc. Assessment File 20000001125: available on www.geologyontario.mndm.gov.on.ca). Surface sampling in the vicinity of Milton North also returned up to 0.07% Co from a mineralized contact between metavolcanics and a gabbro intrusion (Assessment report File 2.27026 available on www.geologyontario.mndm.gov.on.ca).

An untested strongly conductive plate modelled from the historic VTEM survey has been identified to the east of the historic trenching and shallow drilling, and a second plate is located to the west along strike at a historic mineral occurrence that has not yet been evaluated. The mineralization on the Milton South Prospect is hosted in sheared

quartzite. Trenching and shallow drilling is indicative of a laterally extensive zone of mineralization which does not have a strong EM response in the VTEM survey.

Both mineral zones follow the same general WSW-ENE trend as the magmatic sulfide mineralization associated with an inclusion-bearing gabbro to the north, within the footprint of the Shakespeare Ni-Cu-Co-PGE Deposit. Additional field sampling is planned for the summer, and this will provide a basis for optimization of a surface EM survey over the prospects.

Magna is a private company, primarily focused on the acquisition, exploration and development of advanced and highly prospective polymetallic (Ni-Cu-Co-PGM) deposits in the Sudbury Basin of Ontario, Canada. The Company also evaluates, with a view to acquisition, other battery commodities, advanced projects and deposits in other mining-friendly jurisdictions on a case-by-case basis. Ours is principally a ‘roll-up’ strategy of properties that are i) non-core to their existing owners, ii) are well-known to Magna’s management team, and iii) where value can be unlocked and realized by Magna’s exploration, development and operations expertise.

The foregoing scientific and technical disclosure has been approved by Peter C. Lightfoot (P.Geo.), a Qualified Person (“QP”) as defined by National Instrument 43-101. Dr. Lightfoot is the Vice-President of Exploration at Magna Mining and the QP for the Stumpy Bay prospect.

This Press Release contains forward-looking statements that involve risks and uncertainties, which may cause actual results to differ materially from the statements made. When used in this document, the words “may”, “would”, “could”, “will”, “intend”, “plan”, “anticipate”, “believe”, “estimate”, “expect” and similar expressions are intended to identify forward-looking statements. Such statements reflect our current views with respect to future events and are subject to such risks and uncertainties. Many factors

could cause our actual results to differ materially from the statements made, including those factors discussed in filings made by us with the Canadian securities regulatory authorities. Should one or more of these risks and uncertainties, such actual results of current exploration programs, the general risks associated with the mining industry, the price of gold and other metals, currency and interest rate fluctuations, increased competition and general economic and market factors, occur or should assumptions underlying the forward looking statements prove incorrect, actual results may vary materially from those described herein as intended, planned, anticipated, or expected. We do not intend and do not assume any obligation to update these forward-looking statements, except as required by law. Shareholders are cautioned not to put undue reliance on such forward-looking statements.